React JS: An Introduction to JSX 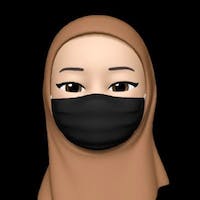 React has gained huge popularity over the last few years and is being used by large companies such as Netflix, Amazon, Instagram, and a whole bunch of others. It is an open source, frontend library used for building user interfaces. It was created by Facebook in 2013 with the primary aim of minimizing bugs when developers are creating UIs.

Below is a code snippet of what a simple JSX looks like;

Basic things to know about JSX

In addition, when rendering multiple lines in JSX you can put them in parenthesis like what we have below.

This method contains two arguments, the first element being the React element you want to render whilst the second argument being the DOM node. Let's take a look at the random example below;

It is quite important to note that having good knowledge of HTML and Javascript will aid you in understanding the basics of JSX more so React.

I hope you found this article helpful. Thanks for reading!.